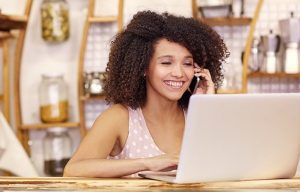 It’s that time of the year again. You’re (hopefully) well on your way to getting your tax affairs in order as June 30 approaches, and come Saturday, your finance team will be putting their feet up for a well-earned rest.

But amid the mad rush of the end of the financial year, it can hard to keep track of other legal changes that come into effect as we start a new financial year.

That’s where SmartCompany comes in. Here’s a quick guide to key legal changes your business needs to know about in 2018-19.

The national minimum wage is due to increase by 3.5% and this change will kick in on July 1.

This represents a weekly increase of $24.30 for approximately 2.3 million Australians, and modern award wages will also be increased by the same amount.

The Fair Work Ombudsman is calling on all employers to check the new pay rates that will now apply to their business, which they can do via the Ombudsman’s updated Pay and Conditions Tool.

The second lot of changes to Sunday penalty rates for workers in the fast food, retail, pharmacy and hospitality sectors are also due to commence on July 1.

Last year, penalty rates across those sectors dropped by 5% from the previous Sunday rates, but the cuts will be steeper this coming financial year.

To see how the changes will be introduced for each award, revisit this article from last year.

How businesses report staff payments to the Australian Taxation Office is also set to change on July 1, with Single Touch Payroll (STP) becoming mandatory for employers with 20 or more employees.

As Charles Power, a workplace relations and safety partner at Holding Redlich explains, Single Touch Payroll means employers will be “reporting their employees’ salaries and wages, pay-as-you-go withholding and super information” via their payroll software each time they make a payment to staff.

“If you have 19 or fewer employees, you don’t have to do anything yet,” Power tells SmartCompany. “However, you can choose to report through STP if you use payroll software that is STP-enabled”.

Not sure where to start? Check out these six STP scenarios to find out what stage your business is at.

At the start of each new financial year, the high-income threshold for unfair dismissal claims also changes.

The change is relevant to employers for two reasons, says Power.

“If an employee’s annual earnings exceed this threshold and they are not covered by a modern award or enterprise agreement, they will not be able to bring an unfair dismissal claim,” he says.

“If an employee’s annual earnings exceed this threshold, you will be able to make a guarantee of annual earnings with him or her and preclude application of any modern award that would otherwise apply.”

The maximum amount the Fair Work Commission can order in compensation for an unfair dismissal case will also increase to $72,700 for dismissals occurring on or after July 1. This is an increase of $1700 from last year.

Employers should also be aware of a change regarding the Superannuation Guarantee Charge (SGC), says Power.

He also reminds employers that the Superannuation Guarantee amnesty that has been in place since May will continue until May 23, 2019.

“Employers who voluntarily disclose previously undeclared shortfalls in SG contributions during this period will not be liable for the administration component and penalties that may otherwise apply to late SG payments,” Power explains.

“In addition, this will be able to claim a deduction for catch-up payments made in the 12-month period.”

For businesses in the food sector, including retailers, it’s important to be aware that the new Country of Origin labelling laws become mandatory from Sunday.

As Holding Redlich commercial law partner Dan Pearce and graduate Madison Tonkes explain, the new labels have applied to food products sold in Australian retail stores since July 1, 2016. However, a two-year transition period is due to end and it will now be mandatory for all products to display the labels.

“Failure to comply with the new labelling requirements may amount to misleading and deceptive conduct under Australian Consumer Law, attracting hefty fines from the consumer watchdog,” say Pearce and Tonkes.

Laws are also due to come into effect on Sunday that will change how contract clauses can be enforced in the event that a party to the contract becomes insolvent.

Back in 2015, the federal government announced plans to introduce legislation to make ‘ipso facto’ clauses that terminate contracts on the basis of insolvency unenforceable if a company is in the process of being restructured.

The change will “restrict the ability of a party to enforce a right to terminate a contract in the case where the counterparty suffers an insolvency event,” explains Pereira.

This will apply to contracts, agreements or arrangements entered into from the time the new legislation commenced.

“The purpose of the reforms is to protect companies in financial difficulties that are undergoing genuine restructuring,” says Pereira.