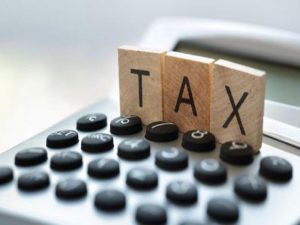 From 1 July 2018 the ATO says it will not apply penalties to tax returns and activity statements where your clients have made an inadvertent error by failing to take reasonable care or due to the fact that they have not taken a “reasonably arguable” position (more below).

It says that if it finds inadvertent errors in your client’s tax return or activity statement, it will fix the error and contact the practitioner who lodged to make sure the client is informed about how to get it right next time.

The ATO says its penalty relief applies to eligible individuals as well as entities with a turnover of less than $10 million. These entities can be:

Those not eligible for penalty relief include:

Relief from penalties also comes with a “reset” period, which means penalty relief will be available once every three years at most. Penalty relief is not available for example where, in the past three years, your client has:

Penalty relief does not apply to other taxes such as fringe benefits tax (FBT) or the super guarantee (SG).

What is a reasonably arguable position?
The process for determining whether a position is “reasonably arguable” is explained to some degree in miscellaneous taxation ruling MT 2008/2. The ATO, in taxation ruling TR 94/5, states that: “Whether the taxpayer’s treatment was reasonably arguable would depend on its relative strength when compared with the Commissioner’s and other possible treatments. In other words, taxpayers should take particular note of the Commissioner’s views on the correct operation of the law as expressed in a public ruling, but may adopt alternative treatments provided there are sound reasons for doing so.”

A Treasury review of income tax self assessment found that “reasonably arguable” is only defined in general terms. This includes that “a position is reasonably arguable if it would be concluded in the circumstances, having regard to relevant authorities, that it is at least as likely to be correct as incorrect”.

The explanatory memorandum to the A New Tax System (Tax Administration) Act (No. 2) 2000 explains this concept further as follows: “The position must be a contentious area of the law, where the relevant law is unsettled or where, although the principles of the law are settled, there is a serious question about the application of those principles to the circumstances of the particular case.”