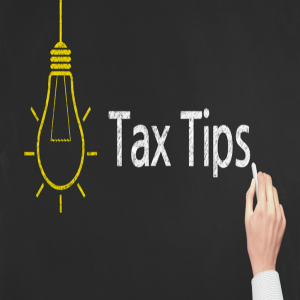 The skies are dark, the sales are on, and every ringing phone strikes fear into the hearts of Australia’s accountants. Yep, it’s that time of year again — tax time.

For the handful of small business owners who are confidently across their finances and tax obligations (must be nice), the end of financial year is probably like any other month. But for the vast majority of taxpayers, it’s a scramble to gather faded receipts and furiously Google what deductions can be claimed as the dreaded July 1 deadline approaches.

To help take some of the pressure off, SmartCompany has compiled a list of tax tips and advice for the last few days of the 2017–18 financial year to help you get your affairs in order and your claims perfected before it’s too late.

Despite continual calls for the government to make the much-loved $20,000 instant asset write-off a permanent fixture, the government has continued to string SMEs along, extending the scheme for just 12 months at a time.

Regardless, it’s still around this year until June 30, and small business owners can still claim up to $20,000 worth of assets for their business up until that point. Basically, if you purchase an asset (for example, a new coffee machine or circular saw), you can immediately claim a deduction for the business portion of that asset up to $20,000.

This year’s federal budget included a proposal to (again) extend the $20,000 instant asset write-off until June 30, 2019, however, the bill still needs to pass the Senate. It’s set for debate on Thursday, where it’s expected to pass with no amendments.

Speaking to SmartCompany, tax expert and director of Solo & Smart Patrick Harrison says the $20,000 instant asset write-off is particularly important for self-employed workers with a reliance on tools, cars, and other assets.

“For business owners in this space cash flow is critically important and any assistance that encourages business growth with better cash flow is beneficial,” Harrison says.

“A word of caution for small business owners and the self-employed particularly is not to over-extend your business in pursuit of tax benefits if it doesn’t leave enough operating cash in the bank.”

A common recommendation for SME owners at tax time is to make sure you’re claiming all the appropriate deductions you can. This includes things like rent, utilities or repairs for your business, or professional, legal and accounting advice.

Tax agents also often recommend businesses bring forward as many expenses as possible to be pre-July 1, such as pre-paying rent or repair expenses. However, both tax experts and the Australian Taxation Office have urged businesses to ask themselves: “Can you justify this expense?”.

On the ATO’s hitlist this year is a crackdown on ‘standard’ deductions, with assistant commissioner Kath Anderson warning taxpayers about trying to claim standardised deductions simply because they believe they are entitled to them.

“It has to be related to earning your income, and you have to be able to show us how you calculated the claim.”

First mentioned in last year’s budget, the government has finally provided clarity for small business owners around how the small business capital gains tax concessions will be changing for when SME owners sell their businesses.

Draft legislation released in February reveals there will be new tests to determine if a CGT asset is “active”, and new requirements that SME owners must be carrying on a business before the CGT event (the sale of the business).

However, the biggest change is that not only do business owners themselves have to pass a $6 million net asset test, where their total net assets must be below $6 million, the business itself also needs to pass the same test. Treasury initially planned to implement this legislation retrospectively to July 1 last year but backflipped on the decision when it was revealed some business owners would have been unwittingly left with $500,000 tax bills.

Parliament is debating the final aspects of the changes this week and if they pass, they will come into effect immediately, having been slated for retrospective implementation from February when the draft legislation was released.

4. Use the income tax offset

If your small business is unincorporated, it’s likely you’re eligible for the small business income tax offset, which can fetch you up to $1000 off your tax bill if your revenue is under $5 million. Currently, the offset is 8% of tax payable on your business income, but is set to increase to 16% by 2027.

“Importantly, this benefit applies to sole traders, or those who share in net small business income from a partnership or trust. These offsets are very important particularly for micro business owners in the early stages of growth,” says Harrison.

“The support of these entrepreneurial individuals will help to drive productivity and innovation across the economy.”

5. Know what’s on the ATO’s watchlist

Each year the ATO likes to let Australians know the things it’s keeping an eye on when it comes to tax time, and 2018 is no exception.

Earlier in June, assistant commissioner Kath Anderson let small businesses in on what the tax office is keeping in its sights. This time around, it includes work expenses for car use, laundry, and home offices.

If you’re working from home, you may be eligible to claim a deduction for work furniture, heating and cooling, computers and equipment contained in a home office, but only if those things are contained in a separate home office space, warns founder of Healthy Business Finances Stacey Price.

“We see a lot of people that don’t have a designated home office but they do work from home. They work from the couch, the kitchen table, anywhere they can. But it’s [the deduction claims] are supposed to be for a designated, separate area,” she said.

Also on the ATO’s hit list is cryptocurrency, following a year of unfathomable gains for many digital currencies in the market. The tax office has warned investors in currencies such as Bitcoin or Ethereum that the ATO has “sophisticated systems that allow us to match data from banks, financial institutions and online exchanges”.

Laundry claims are also in focus, with the tax office warning business owners away from “unreasonable” clothing claims.

“Many taxpayers do wear uniforms, occupation-specific or protective clothing and have legitimate claims. However, far too many are claiming for normal clothing, such as a suit or black pants,” Anderson said.

6. Get across the company tax rate changes

Unless you’ve been living under a proverbial rock, you’ll likely already know about Australia’s changes to the company tax rate – a debate that’s been ongoing since the government first proposed the changes last year.

It’s good news for incorporated small business, with a 2.5% cut in tax rate (to 27.5%) already in place for all businesses with a turnover of under $10 million. That cut is set to be extended to businesses with turnover of up to $25 million come July 1. (Although this may all change if the Labor Party wins the next federal election).

With this in mind, Mark Chapman, H&R Block’s director of tax communications, advises small business owners who fall into the new tax rate thresholds to consider defer invoices until the next financial year comes around.

“By doing that, the income will fall into the new tax year and [profits] will be taxed at 27.5% rather than 30%. The cut in the company tax rate for these businesses will also affect the rate at which they can frank dividends – so there will be flow on tax effects to the owners of the businesses, where owners choose to reward themselves with dividends,” Chapman told SmartCompany.

According to Chapman, no business wants to be in a position where they can’t recover outstanding debts “but we have to be realistic and acknowledge that it does happen sometimes”.

Despite this harsh reality, there’s good news for SMEs: it’s possible to receive a tax deduction on the amount of debt you have to write off, or your ‘bad debts’.

The one thing to keep in mind, says Chapman, is that the debt has to be included as assessable income in the current or a previous income year.

“At this time of the year, it makes sense to go through your debtors list and if there are any debtors on it who you believe can’t or won’t pay, write off those debts by 30 June to claim the deduction this year,” he says.

“The business must keep a written record to document that the debt has been written off.”

8. Get your super in on time

An oldie but a goodie: if small business owners want to claim a tax deduction for super payments they make for employees, the super has to be done and paid before June 30, otherwise the opportunity for a deduction passes.

“I’m forever seeing people surprised they don’t get the deduction when they haven’t paid their super by the end of the financial year. Super needs to be paid to staff 28 days after the end of each quarter. For any quarter you miss that deadline, it’s not tax deductible.”

Finally, less of a tax tip and more of a reminder: it’s never too late to start getting your records together for next year. Tax agents warn time and time again that when the taxman comes knocking, a well presented and detailed set of records will quickly resolve any issues they may have.

“If you have the right systems and processes in place, any time the tax office is having a look at your business, you are able to answer quickly and show you’re making no mistakes and it’s not a problem,” Howlett told SmartCompany.

“If you don’t have those systems and processes you need to get them in place.”