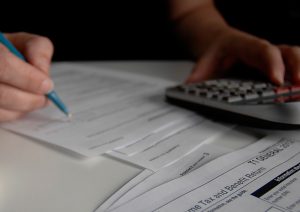 A century on from the High Court’s landmark decision in Spencer v Commonwealth1, Simon Dorevitch sheds light on the term “market value” and its implications for tax purposes.

Examples of these provisions include:

In most cases the market value of an asset will be the price agreed to by parties dealing at arm’s length. The ATO states: “Where a market exists for an asset, that market is widely considered to be the best evidence of market value of the asset.”8 For example, if shares are listed on a stock exchange, the market value will typically equal the listed price.

However, in many other cases it is not so straightforward. It is therefore unfortunate that, despite the ubiquity of the market value concept, the legislation provides scant guidance as to its meaning – leaving taxpayers to look to the courts and ATO to fill the void. Some ATO practical guidance is contained in its publication Market valuation for tax purposes (or search for QC21245).

LEGISLATIVE GUIDANCE
Subdivision 960-S ITAA97states that the expression “market value” is often used with its ordinary meaning but may, in some cases, have a meaning that is affected by the subdivision.

The subdivision provides that, when working out market value, taxpayers should:

This subdivision, or the tax acts elsewhere, does not explain what is the ordinary meaning of market value and so this is where one turns to case law for guidance.

CASE LAW GUIDANCE
The case of Spencer v Commonwealth is widely accepted as the most important judicial pronouncement on the ordinary meaning of “market value”. Spencer provides that a valuer is to assume a hypothetical market operating under specific assumptions. The market value is the price that buyers and sellers would negotiate in such a hypothetical market.

The judge in the case, Samuel Griffith, said “the test of the value of land is to be determined, not by inquiring what price a man desiring to sell could actually have obtained for it on a given day, i.e. whether there was, in fact, on that day a willing buyer, but by inquiring: What would a man desiring to buy the land have had to pay for it on that day to a vendor willing to sell it for a fair price but not desirous to sell?”

Justice Issacs expanded on this by adding: “To arrive at the value of the land at that date, we have…to suppose it sold then, not by means of a forced sale, but by voluntary bargaining between the plaintiff and a purchaser, willing to trade, but neither of them so anxious to do so that he would overlook any ordinary business consideration. We must further support both to be perfectly acquainted with the land, and cognisant of all circumstances which might affect its value”.

This test was also adopted in Abrahams v FC of T11 where a Justice Williams said that market value is: “The price which a willing but not anxious vendor could reasonably expect to obtain and a hypothetical willing but not anxious purchaser could reasonably expect to pay … if the vendor and purchaser had got together and agreed on a price in friendly negotiation”.

However, applying the test in Spencer is not always straightforward – for example in cases of special value or aggregated disposals.

SPECIAL VALUE
One point of contention is how to determine market value where there is a buyer willing to pay more than an asset’s intrinsic value because it has a particular adaptability or usefulness to them. This may occur where, for example, there is a parcel of land that a neighbour wants to acquire. It could also reflect synergistic advantages such as economies of scale or reduction in competition; for example, a business acquiring a supplier or a competitor.

It can be argued that such a special value should be excluded when determining market value, since the buyer could be characterised as being “anxious”. The opposing argument is that market value should include this special value since doing so reflects the Spencer assumptions that both parties are “cognisant of all circumstances which might affect (the asset’s) value” and that the hypothetical purchaser will put the land to its highest and best use.

With respect, it appears that the ATO has taken an alternative interpretation. There is strong judicial support for including special value. For example, in Brisbane City Council v Valuer-General (Qld)13 it was held that “all possible purchasers are to be taken into account, even a purchaser prepared for his own reasons to pay a fancy price”. In a comprehensive and widely cited review of cases that have addressed the question of special value14, Professor Bernard Marks found that, “on any proper analysis” the proposition that special value be excluded from market value could not be sustained.

In Hustlers case15 it was necessary to value three adjoining parcels of land. The court accepted a valuation based on their combined use as a commercial business. A valuation prepared on a stand-alone basis was rejected, as was a valuation based on use as a retail shop (even though it gave the highest value), since there was no evidence of such demand. The principal established, and reaffirmed in other cases such as Collis16, is that market value reflects the highest and best use, including on a consolidated basis, provided there is actual demand for such a use.

MILEY’S CASE17
This controversial 2016 case addressed many of the issues discussed above. The taxpayer was one of three equal shareholders who sold their shares to a single purchaser. The amount paid by the purchaser reflected a premium for control of the company and therefore the proceeds received by Mr Miley included one-third of this premium.

The AAT found that the correct enquiry was directed towards determining the market value of Mr Miley’s 100 shares alone – not as part of a package comprising the entire 300 shares in the company. The AAT went on to accept Miley’s argument that the market value of the CGT asset is to be determined by reference to the Spencer hypothesis and is not necessarily equal to the amount actually paid. Accordingly, the control premium was to be deducted from the sale proceeds to arrive at the market value of the shareholding. It should be noted that the ATO has indicated it will appeal this decision.

Syttadel Holdings18 is another case (from 2011) which, like Miley, demonstrates that market value is not always equal to the contract price – even where the parties deal at arm’s length. At issue was the market value of a marina. Interestingly, valuers for the taxpayer and the ATO both agreed that the market value was considerably less ($4.5 million and $5.3 million respectively) than its $8.9 million sale price. In its decision impact statement, the ATO indicated that, while each case must be considered on its merits, it still considers that the sale price of its asset will generally be its market value.

WHAT SHOULD TAXPAYERS DO?
Where the market value of an asset needs to be ascertained, taxpayers are typically19 not obliged to obtain a detailed valuation from a qualified valuer. They may compute their own valuation based on reasonably objective and supportable data.20

However, the onus is on taxpayers to establish that their valuation is correct. The ATO may challenge valuations where appropriate. Therefore, a taxpayer would be prudent to retain the services of a professional valuer if there is any doubt about the market value. Furthermore, the methodology adopted by the valuer should be one that is in accordance with valuation industry practices.

Taxpayers (or the valuer they appoint) should clearly document the process which was undertaken in reaching the value, to demonstrate that it was done in accordance with sound valuation principles. In the event of a dispute, a failure to keep adequate documentation will likely be fatal to a taxpayer’s position. The ATO also outlines the various elements of a good valuation in its Market valuation for tax purposes publication – one critical aspect is that “a market valuation is a valuation that applies the definition of market value for tax purposes…”.

AVOIDING PENALTIES
The majority of taxpayers who use a qualified valuer will generally not be liable to an administrative penalty, even when the valuation ultimately proves to be deficient, since relying in good faith on an expert’s advice is generally consistent with the taking of reasonable care. However, penalties may still apply where:

APPRAISALS
Mindful of the cost of obtaining a professional valuation, taxpayers often ask whether an appraisal from a local real estate agent will suffice for land valuations. There is no rule preventing the taxpayer from doing this – it is the valuation process undertaken, rather than who conducted it, that governs the acceptability of a valuation. However, caution should be exercised before going down this path.

Where an appraisal is obtained, the valuer may not make reasonable enquiries or provide a definitive opinion on market value (for example, a range is used). As such it may not be accepted by the ATO. Accordingly, if an appraisal is to be relied upon, it should only be done in the most straightforward of valuations, and preferably where errors will not have a significant impact on tax payable.