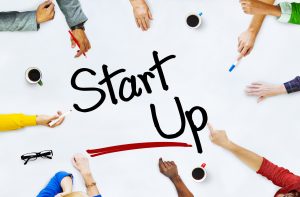 ‘Business is business’is the mantra of entrepreneurs. On the surface it alludes to the harsh reality of a daily battle for survival, but the deeper meaning is the difference between a surviving business and a thriving business. With that in mind, there’s four key things to do to ensure you’re thriving:

Many entrepreneurs are escapees from corporate culture and carry heady ideals with them into the world of startups. The expectations are limited by proven experience based on the sheer inertia of large corporates, the measured and cautious approach of considered opinions based on committees. This is the potential quagmire that with immense hard work an entrepreneur may survive but are unlikely to thrive. Start- ups are almost the opposite of established corporates.

Surviving as a startup is not only against the odds it’s about all that really matters in the early days. After the initial excitement of launching, surviving can easily become the sole goal. This milestone can only be judged by the entrepreneur in charge of the startup. It may be declared on the anniversary or maybe on the signing of a large enough contract to provide some financial security for the company. Celebrating survival is understandable but it is often then that a new challenge is presented- whether you’ll be a long term survivor or a thriver. The difference is seen by some to be that a surviving startup stays viable whilst a thriving startup has the profits to repay investors their capital put at risk and then go on to pay dividends.

Announcing a startup is not an innocent activity. It is a declaration of open warfare to the incumbent suppliers of similar products and services. To participate in such an environment will require all the skills of the successful startup plus one seldom spoken of characteristic. By entering the market the market has not got larger, every customer gained is stolen from a competitor. Remember that customer spend on your new product or service would have been spent with the incumbent’s product or service.

It is war.  Not a preferred characteristic of a modern, sensitive, open minded and sharing individual but a talent developed for war. Win win is for the big players. It is win or lose for most startups. It can sometimes take just two errors for an entrepreneur to travel from success to homelessness. Let’s take just two examples that support the need for ruthlessness.

Warren Buffet, that folkies guy that lives in a modest California bungalow and drives an old Chevy is quoted in Digitalintelligencetoday as saying, “If you lose money for the firm I will be understanding. If you lose reputation I will be ruthless.”

When former Netflix chief Patty McCord had to fire a third of her company’s 120 employees in the fall of 2001, she told EliteDaily that she “said goodbye to the whiners and the babies and the people who didn’t believe, because if they didn’t believe then we had no chance at all.”

Success must be ruthlessly guarded. All threats are existential. One move away from your advantage is potential entrepreneurial death. You are small, vulnerable and need to move fast and be a bitter experience for any predator. Decisions are made for your startups advantage and that alone. No social chitter chatter. The likes of the famous entrepreneurs are seldom known as really nice guys. The end result will be that the thrivers are ruthless on themselves in the first instance. Every decision is weighed against what is good for the startup, not themselves.